Posted on December 23, 2016 by admin in Battle Briefings

After the Germans defeated the Soviet Union’s 6th Army at Stalingrad, plans were made to attack Kursk, recommended by Field Marshall Erich von Manstein. Adolf Hitler agreed but delayed the plans for a month or so, because he wanted to deliver new tanks to the German forces. The Russians had intercepted messages regarding these plans, and the delay of the attack, allowed them to make defensive plans, and fortify themselves. The objective for the Germans, was to totally destroy the Russian army, and break the people’s resistance. They also wanted to separate the Russians away from the rest of the Allied group, as there was already Russian discontent with the Allies in their not pushing forward with opening up a second western front.

As the Russians already knew about the upcoming attack, they began their own attack with an artillery barrage at 2 a.m., on July 5th, 1943. The Germans, now knowing that their plans had been uncovered, began their attack at 4:30 a.m. with their own artillery barrage. Then, they began moving forward, with the 9th Army attacking from both the northern and southern points, heading towards the city. Both sides came to the battle heavily armed with tanks, with the Germans and their Tiger and Panther tanks. They also had the new Ferdinand self-propelled gun, which was very sturdy and accurate. However, set on Tiger tanks, the new cannon proved to be very vulnerable to Russian tank shots from off center positions. The cannon could only fire in a forward position, as it was installed on a fixed turret, making it difficult to adjust to different positions. The tank also had to stop in order to fire.

Once the Tiger with the Ferdinand was at 500 yards, the Russians, who had camouflaged their tanks in most locations, could begin firing back with their own 45-mm cannons, and by 300 yards, they were able to pierce the frontal sections of the German tanks. The Ferdinand mount design also required a large hole at the back, to allow space for the cannon recoil and ejections of the shells. This made it vulnerable to Russian soldiers rushing in from behind, and tossing in grenades and Molotov cocktails (glass bottles with flammable liquids with a lit cloth wick).

While the Germans came well-armed, the Russians had built better defenses, and were able to hold off and, eventually, begin pushing back the Germans. The German army had lost 25,000 soldiers in the first 24 hours, along with 200 aircraft and 200 tanks. As of July 10th, they had lost over two-thirds of the Tiger tanks.

On July 12th, a 1,500 tanks were involved at a battle, that took place, 50 miles southest of Kursk, at Prokhorovka. The Germans from the northern attack group, failed in this battle as well, losing 10,000 men and 350 tanks. The Russians began pushing them back from this point, and by July 19th, having retreated some 45 miles already, Hitler agreed to a further retreat back to Orel, where the army could reorganize again. Every step of the way, the Germans were bombarded by Russian air fighters, and also contended with local partisan groups, who destroyed much of the rail tracks as well.

The southern German attack forces were having similar problems. Having started out with 300,000 men and 600 tanks, against 1 million Russian soldiers and their tanks groups, not including the reserves they also had in place, the Germans had to retreat. Rail lines had also been damaged in this area, including the derailment of over 1,000 train loads of German troops, who were to be reinforcements. When the Russians took back and liberated the city of Kharkov, then for all intents and purposes, the battle of Kursk was considered over. The Germans had lost 500,000 men in casualties, either killed, lost, or injured, including massive amounts of armor, particularly in tanks, and this battle was considered the death knell of German invasion goals in Russia. 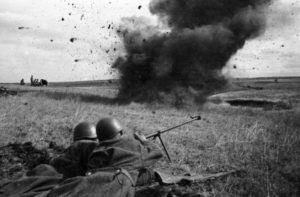 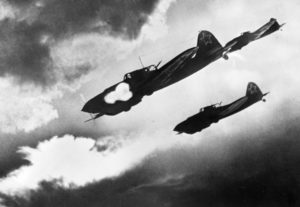 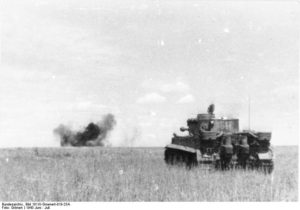 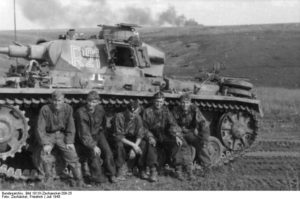 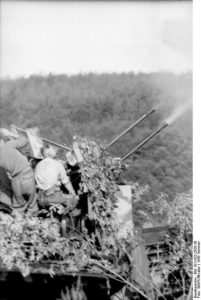 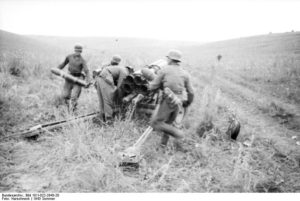