The Invasion of Sicily

After the success of the African campaign against the German and Italian forces, the British and American command began plotting a new campaign, Operation Husky, that would move Allied forces from Africa into Europe from the southern region, starting with Sicily. The main characters conducting this strategic meeting at Casablanca, Morocco, were British Prime Minister Winston S. Churchill and President Franklin D. Roosevelt, his Army Chief of Staff George C. Marshall, and other top military staff.

The main argument, presented effectively by Britain, was if Sicily could be taken, this would open wide the Mediterranean Sea shipping lanes to further Allied use. After conquering Sicily, the Allied forces could then move into Italy and work its way north, taking out Italy, run by the Axis dictator and fascist prime minister, Benito Mussolini, known as “Il Duce”.

On the night of July 10th, 3000 vessels carrying 160,000 American soldiers, 1,800 pieces of artillery, and 600 tanks, newly released from the African campaign, moved through rough seas, and landed in the southwestern corner of Sicily. Beachheads at Licata, Gela, and Scoglitti, were secured, while the British troops landed on the southeastern Sicilian coastline, securing the area from Cape Passero to Syracuse. The port of Syracuse was taken within two days.

A Canadian infantry division, utilized to keep open communications between the British and American troops, moved west, linking up with the Americans at Ragusa. Meanwhile, a team of British and American airborne infantry, slated to drop in to seize enemy airfields, landed far from their objectives, due to heavy winds and pilot error, and failed to achieve their initial objectives. However, on the 11th of July, the 1st Infantry captured the airfield at Acate, effectively taking out 80 planes and German control over the Sicilian skies.

The American forces pushed forward, meeting less resistance in Canicatti, while infantry and tanks, moving west, captured Agrigento on July 22nd, and then Palermo on July 30th. The 1st infantry and the Canadians, moving through central Sicily’s rough mountainous terrain, captured Nicosia and Agira on July 29th. From July 29th to August 5th, the bloodiest battle was fought at nearby Troina, with the 1st Infantry finally succeeding in forcing the Axis forces to move back towards Messina at the northeastern tip of Sicily. The British also forced Axis forces to move back from Paterno and Adrano, towards Messina, the gateway back to Italy. While the Axis forces did succeed in quickly evacuating 100,000 troops, they left behind huge stores of military materials. As Hitler and Mussolini had also unwisely decided to pull all forces back to the north of Italy, this left Italy open for the subsequent take-over by Allied forces, and the fall of Mussolini. 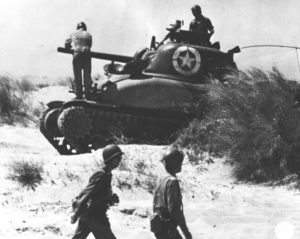 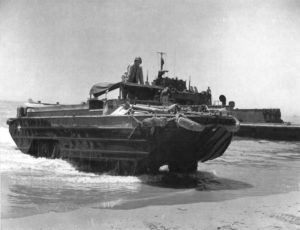 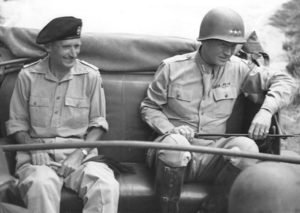 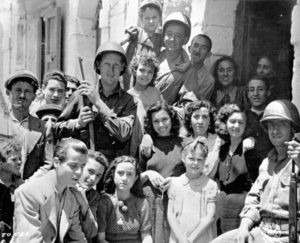 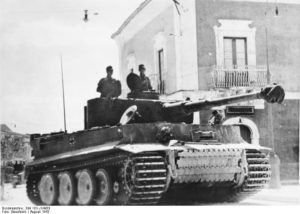 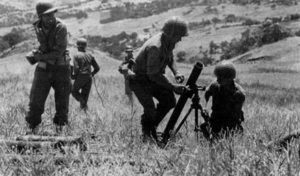