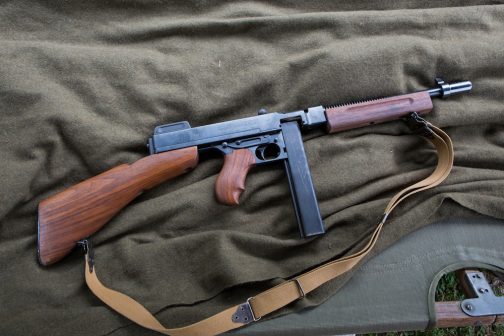 World War 2 was the first war to have widespread use of submachine guns. Submachine guns are automatic carbine. These weapons though longer than a pistol fire pistol sized rounds such as the 9mm or .45 caliber. Some guns like the American Thompson Submachine gun used the more powerful .45 caliber. The Soviet PPSh-41 used a 7.63x25mm round, both the German MP40 and British Sten used the 9x19mm round. The MP40 was a very accurate gun and was more effective at farther ranges. The PPSh-41 had an advantage with it’s higher rate of fire at cost of accuracy. The Thompson had an extremely powerful round. It was able to penetrate more material so thinner items were not useful as cover. It should be noted that the Thompson was a great gun but it was more complex than other submachine guns so it was more expensive and slower to produce than other guns such as the much simpler and cheaper M3 “Grease Gun”. 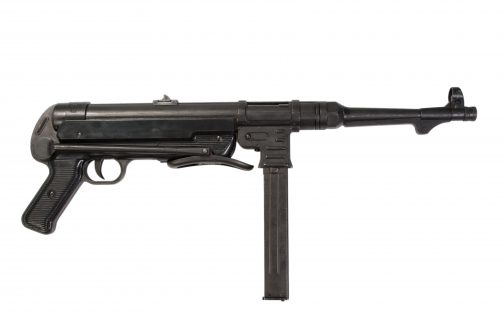 Submachine guns were always best used in close quarters combat, urban warfare, and street by street fighting instead of war away on the other side of a field. They were much easier to maneuver than a rifle in close spaces because rifles were to long and would have a harder time avoid hitting walls and doorways. Also since a submachine gunner could simply hold down the trigger and fire many rounds that at so close ranges were very likely to land a shot.

At longer ranges especially 300 meters against a rifleman was extremely dangerous because the submachine gunner could not fire accurately at the rifleman but the rifleman could fire back with a well place shot. However they still could provide some cover and make the rifleman have to stick his head down. If a soldier hears that automatic weapon firing so many rounds in such a short time it may seem dangerous to poke your head up. This would be especially true if you saw that some rounds were hitting only a few feet away from you. It would cause that thought of be careful one of those many rounds might just hit. 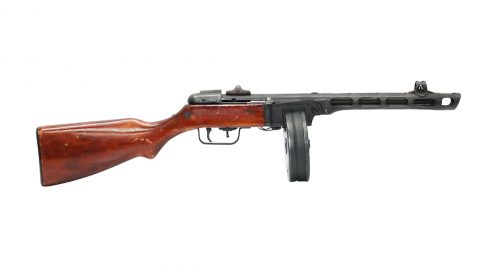 Though submachine guns were used in World War 1 in small numbers World War 2 was the first to have such a wide scale use. As with every type of weapon such as rifles, light machine guns and carbines they had their advantages and disadvantages.

← Flame Throwers: Justifiable or Not?
Allied Invasion of Sicily 1943 →