The Axis Operation Barbarossa (originally Otto), which was the overall assault on Russia, split the German forces into three parts after crossing the border: one part headed north, another part headed south, and the central forces headed for Moscow. Adolf Hitler’s goal in Russia was to take over the country, use the remaining Russians as slaves to the Germans, minus any Jews, Gypsies, and Slavic races. Operation Barbarossa began its incursion over the Russian border on June 22nd, 1941, and on July 22nd, 127 German bombers made their first bombing run over Moscow. The Russians began barricading the streets in anticipation of a direct ground assault. For Hitler, taking Moscow was both an economic and political goal.

Up until October of 1941, most of the action was a series of attacks or skirmishes at various points outside Moscow. Operation Typhoon began officially on October 2nd, when Field Marshall Fedor von Bock made the first direct move in a ground assault on Moscow. But German forces were already affected by a lack of enough food, the cold Russian winter weather, including muddy roads from rain and snow, which hampered or immobilized many of the German vehicles. Another problem was the cold affecting firearm operations as well.

Reinforcements and supplies were slow in getting to the German forces, as railroad tracks were a different gauge for their own trains to travel on. Each of these tracks had to be reset to accommodate trains from Germany to move supplies in. Russian resistance groups would destroy parts of the tracks as well, making track replacements an ongoing exercise for the Germans. Capturing Moscow was vital to Hitler’s goal as once Moscow went down, then he expected that the whole country would promptly crumble to pieces. Up to this point, the overall Barbarossa campaign had gone well but weather conditions, and the fact that the German forces were split between actions on both the Eastern and Western fronts, began to take a heavy toll on the Germans everywhere.

What started out as a German blitzkrieg over the Russian border, with a loss of 28 Russian divisions, and 70 more divisions losing 50 percent of soldiers and equipment, now turned back on the Germans. After a month of laborious warfare, the Germans overall had lost 100,000 soldiers, 50 percent of their tanks, and more than 1,200 planes.

Bock’s starting resources for the Moscow battle was one million soldiers, the IV Panzer Group (Guderian) pulled from the Leningrad siege, 1,700 tanks, 950 air craft, and 19,500 artillery guns. Meanwhile, the Russians only had less than 500,000 fighters, half the tanks, and had to initially relay on Moscow citizens to help with building fortifications in the city.

Bock began his campaign by circling Moscow from the north while Colonel General Heinz Guderian and his Panzer division came in from the south. Both armies were to meet up at Noginsk on the eastern side of Moscow. On the way, Bock took Klin and then crossed the Moscow-Volga Canal, but was then halted and pushed back, while Guderian took Stalinogorsk. It was now November 22nd. On December 1st, after heavy fighting, Bock took Naro-Fominsk.

Meanwhile, a German reconnaissance team had made it to five miles outside of Moscow at Khimki on December 2nd. It was at this point that the campaign came to a halt due to the freezing cold and that the Germans had not received any winter clothing or other supplies.

The delay in the Germans reaching their target also gave time for the Russians to be reinforced, and they began moving on the offense. Hitler, in the meantime, unhappy with how things had gone, removed Bock and installed Field Marshal Günther von Kluge. But it was already too late for the Germans to succeed in their goal and they were pushed back by Russian forces over 100 miles from Moscow. It would be the first and biggest disaster for the Germans and set the course for the rest of the war in Russia because of the tremendous loss of manpower and equipment. It did not help either to realize that Napoleon had travelled the same road into Russia nearly a century earlier. 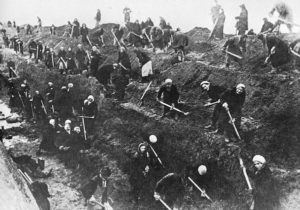 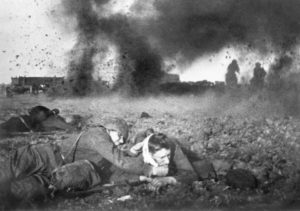 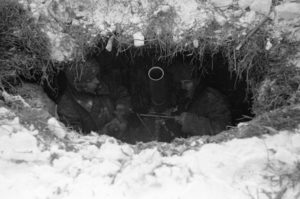 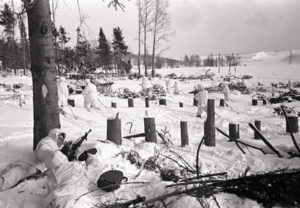 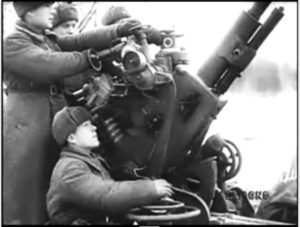 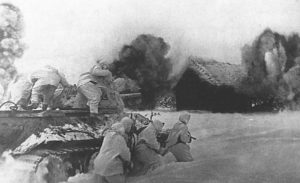 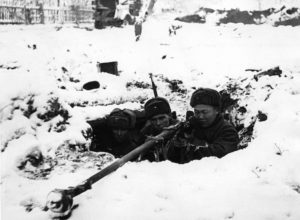