Posted on December 13, 2016 by admin in Battle Briefings

Before the battle of Midway in the Pacific, Naval Allied Command had received a break-through opportunity, when intelligence cryptologists deciphered Japanese messages, detailing an upcoming surprise attack somewhere in the Pacific. This engagement was designed to draw out any US Naval vessels in the area, and destroy them, taking American naval powers out of action.

Accordingly, Admiral Chester W. Nimitz designed a counterattack plan to surprise the Japanese and beat them at their own game. First, suspecting that Midway Island (Atoll) was the target, Nimitz had the base operators at Midway send out a message that they were ‘short of water’. When the Japanese relayed this information back to their headquarters, including resulting messages detailing dates of the planned Japanese attack, this provided the confirmation that Nimitz needed to consolidate his own surprise attack.

Aside from the regular garrison there, Nimitz also began providing supplies and reinforcements on the island, and the island commanders fortified the defenses, laying down barbed wire and hidden guns in strategic locations. About 19 submarines were located around the south and east sides, through to the north. Nimitz consolidated his own attack forces.

On June 4th, Japanese bombers attacked the Midway base, heavily damaging it. As the bombers began returning to their carriers to refuel, the Japanese discovered the US naval fleet was on the eastern side of the island. At this point, with the Japanese air fleet between sorties, the US sent out its Douglas TBD Devastator torpedo bombers and SBD Dauntless dive bombers to attack the Japanese carriers Akagi, Kaga, Hiryu, and Soryu. Of those four carriers, only the Hiryu survived a short time longer. Aircraft carriers present at the battle on the US side were the USS Enterprise, USS Hornet, and USS Yorktown, with the Yorktown suffering two retaliatory bombing attacks from the Hiryu. In return, the USS Enterprise sent out its dive bombers and bombed the Hiryu, until it was left burning and without capabilities to send out any aircraft. The Japanese heavy cruiser, Mikuma, was also totally destroyed.

Over the next two days, the US naval group, still consisting of the Enterprise and the Hornet, along with six cruisers and nine destroyers, continued to harass the Japanese. While the Japanese fought back with the few planes they had left, the Americans continued to hit cruisers and other vessels still left. Finally, the Japanese turned away and left, under orders of their commander, Yamamoto.

In total, the Japanese lost 322 aircraft and close to 5,000 sailors, along with aircraft ground crews and trained mechanics, vital to Japanese aircraft maintenance. One-third of the Japanese pilots were lost.

On the American side, however, the Douglas TBD torpedo bombers suffered 36 out of 42 bombers lost, as they came in for their strikes, when they became separated from the SBD Dauntless dive bombers. In total, 147 American aircraft were lost, along with 307 sailors, one destroyer, and the USS Hammann, which was assisting in salvaging the USS Yorktown. Both finally sank after an attack from the Japanese submarine, I-168.

It was later uncovered that another reason for the Japanese choosing Midway to invade, was due to the surprise air bombing attack on Tokyo by the Doolittle squad in April, 1942. The Japanese calculated that Midway was the most logical takeoff point for the planes, and it should be taken over. Hence, the reason for the battle at Midway. 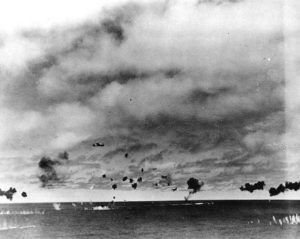 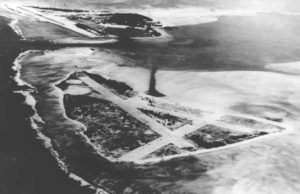 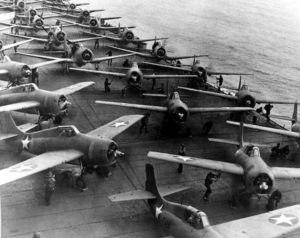 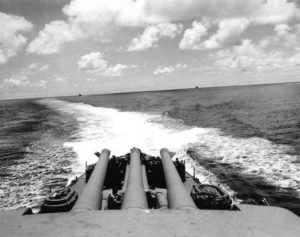 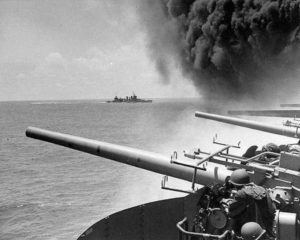 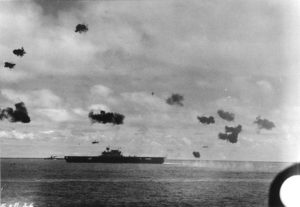