During World War 2 there were several different types of planes each had many different models. The main types of planes were transport, bombers, fighters and ground attack. Depending on the role the plane was suited to it would change the average size, mobility and speed. For example bombers were often larger than fighter planes. Each of these planes will be explained.

The first type of plane is the transport plane. Transport planes were often larger and less mobile than fighter and ground attack planes. They were used to transport either troops, weapons, ammunition, small vehicles, food and other needed materials. Sometimes items were thrown out of the plane in large boxes with parachutes attached. These could be very important in resupplying infantry that was encircled and needed relief. Often these planes were not armed with any weapons to defend themselves. Famous examples include the American Douglas C-47 Skytrian and the German Junkers Ju-52

The Second type of plane is the bomber. These were also large planes that were not very fast or mobile. The goal of the bomber was to drop bombs onto a target. They would drop massive amounts of bombs at a time and would often target enemy soldiers, factories and even civilian populated cities. They were often used in mass and would be a psychological effect to both troops and the civilians in the city. Famous bombers of the war include the American Boeing B-17, German Heinkel He 111, Soviet Petlyakov Pe-2 and Japanese Mitsubishi Ki-21. 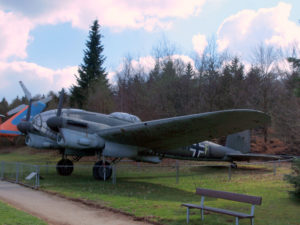 Fighter planes are the third type and they are designed primarily to combat enemy planes. They would be used to shoot down all types of enemy planes. Many were also equipped with some way to attack the ground. Fighter planes would often use strafing runs to attack the ground with automatic weapons in hope that they would get lucky and hit the enemy. A pilot who had shot down 5 or more other enemy fighter planes would be called an “Ace”. This was a title of a truly skilled pilot. Some of the most famous fighters of the war were the American P-51 Mustang, British Supermarine Spitfire, German Messerschmitt Bf 109, Soviet Yakovlev Yak-1 and Japanese Mitsubishi Zero. 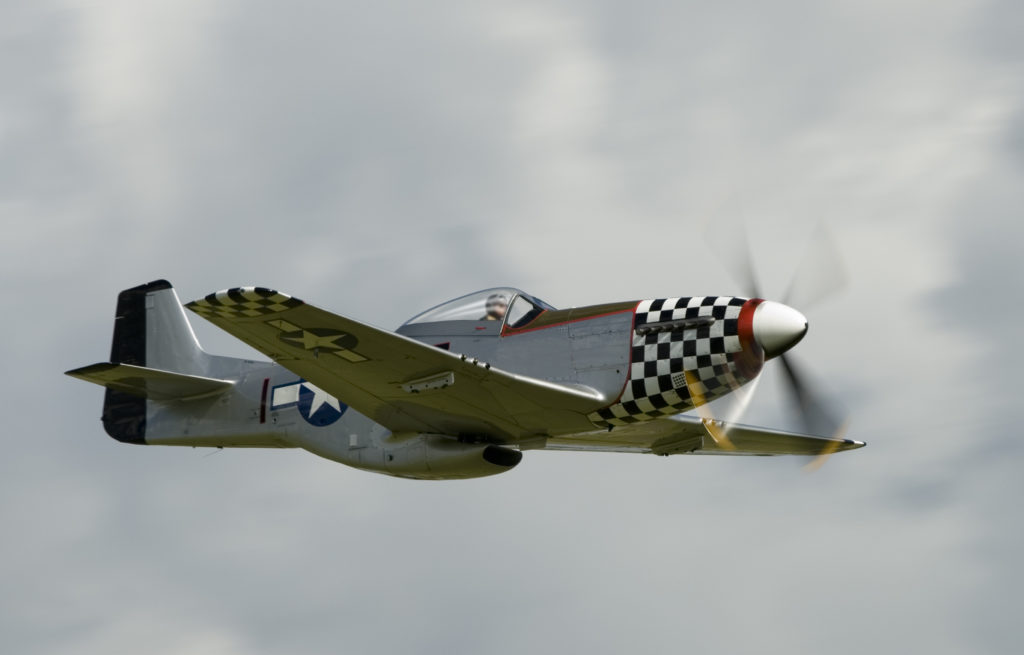 Ground attack planes are the fourth type and they are a bit of a mix between the large bomber and maneuverable fighter. Some planes like the American P-40 Warhawk had both fighter and ground attack variants available. The German Junker Ju-87 and the Soviet Ilyushin Il-2 were both famous planes designed to attack ground targets even tanks. 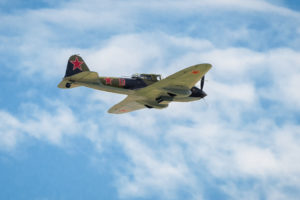 The last type of planes were Reconnaissance aircraft. They were made to find information such as the number of enemies they were up against and the position of the enemy. This information could be used by command to make decisions on the battlefield. The American Curtis SC Seahawk and German Focke-Wulf FW189 were both designed to observe and report.

All five played their role but certain planes were more mass-produced than others. For example many more bombers were built than reconnaissance aircraft partially because the bomber could do some reconnaissance itself. These are the main types of planes that were used in World War 2.