Posted on November 9, 2016 by admin in WWII Weaponry 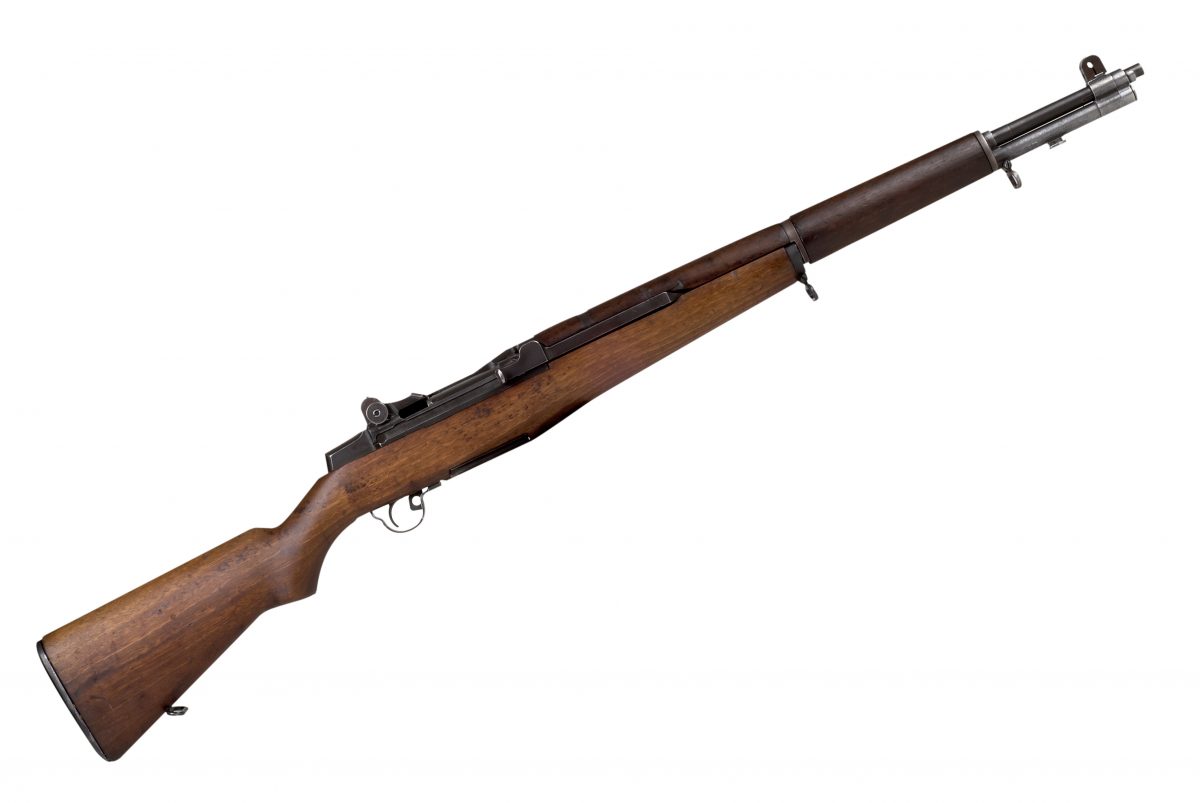 One of the most unique advantages the United States had throughout the war was the Use of the M1 Garand rifle. Unlike the German Kar98k rifle or the Japanese Arisaka rifle the Garand was semi automatic. All the other countries standard service rifles were bolt-action. Although later weapons such as the German Gewher 43 were introduced they never fully replaced the old bolt-action rifles. The average American rifleman could shoot more and suppress the enemy. A German or Japanese enemy would only be able to shoot then would have to pull back the bolt before being able to fire a second shot, while the American solider would be able to just keep pulling the trigger to fire at the enemy. The Garand had a larger clip than most other rifles as well. The Kar98k and Arisaka rifles only had 5 round clips. However the British Lee-Enfield could hold 10 rounds but since it too was a bolt-action rifle it could not provide the same rate of fire as the Garand.

The Carabin-Mauser-98-k was the main rifle of Germany in WWII.

There was a disadvantage to the Garand, which was that once all ammunition was fired the cartridge, would be ejected automatically and a loud ping would occur. This let the enemy know that the American now was vulnerable because he needed a few seconds to reload his rifle. Even though it caused many allied soldiers to lose their lives it also helped American soldiers kill the enemy because the Americans were able to use this to their advantage. The Americans could imitate the ping so sound the Axis soldier would come out of cover confident the American soldier could not fire back for those valuable 4 seconds. However the American soldier was loaded ready and waiting so they could shoot and kill the Axis soldier.

Overall the M1 was a great rifle and was the beginning of the end of the years of bolt-action rifles as the standard service weapon. However I should note that many bolt-action rifles are still used by snipers by not as the main infantry rifle. General George S Patton called it “the greatest battle implement ever devised”.